How we approach the Gender Payment Gap on #EqualPayDay 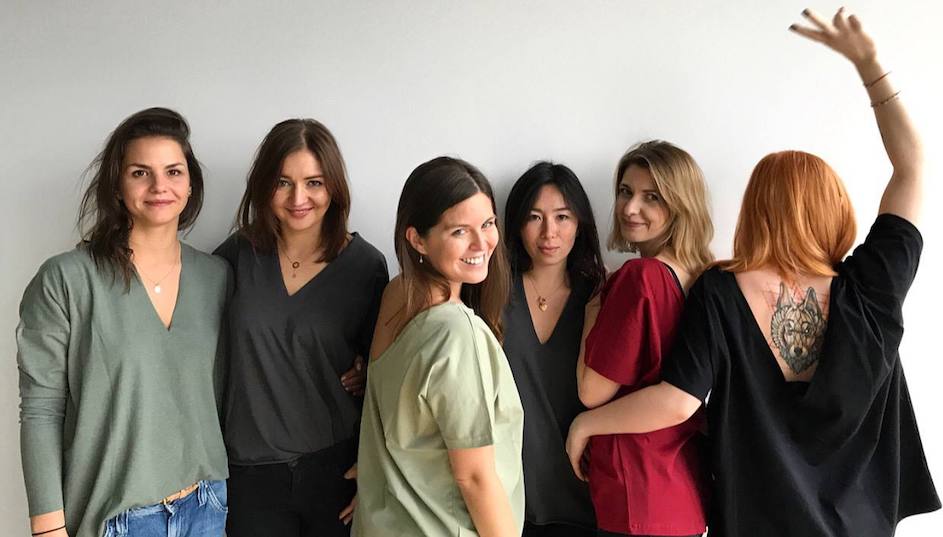 The gender pay gap is a problem in today's culture that some businesses prioritise higher than others.Here at Shoplo, it's a no-brainer for us.Regardless of your gender, religion, culture, age, or sexuality, your salary is a reflection of your skills.British PM Theresa May recently urged small and medium businesses to publish their gender pay in announce to cut the gap.And that's exactly what we're going to go over today.

One thing that's important to remember:There are very few duplicate roles at Shoplo. That is, no 2 people have exactly the same tasks.While the pay gap in the EU is decreasing, it's not decreasing nearly quick enough as women in the EU still earn on average 16% less than men.But our homeland, Poland, boasts one of the smallest gender pay gaps in Europe, sitting at 7%. (source).The gender pay gap in Poland is one of the lowest in the OECD.Why is that?According to the same source, young women in Poland are 43% more likely to have a university degree compared to their male counterparts.But there's a major difference in the subjects studied.

The day we all coincidentally dressed the same

Positions held by Women at Shoplo

We employ 42 people.19 are women.At Shoplo, women also make up:

Let's take a closer look.At Shoplo, we employ 21 talented individuals in our tech team.That's 21 people who require some form of higher-education to hold the position that they hold.Of those 21 techies, 4 are women.Why so few?Women make up 16% of technical University graduates in Poland. Most of those women find employment in corporations either in Poland or abroad.Under-representation of women in technical, senior and managerial roles is an on-going challenge faced by many Polish companies.But the shoe is on the other foot for Shoplo's Marketing and Customer Success teams.Our Marketing team consists of 6 people, 5 of them being women.Our Customer Success team is 13 people, 8 of them are women.More women apply for both these positions than men. Compared to developer positions, women make up the majority for no reason other than the fact that they have the superior skills.Another interesting insight from Kasia, Shoplo's HR manager is that many women won't apply for an advertised position if they don't meet every single criterion.This means that a lot of women miss out on potential jobs because they see 'required skills' as non-negotiable demands.

How are we eliminating the gap?

So how can we, a small company of 45-ish people continue to bring down and eliminate the pay gap?

This same approach is used to identify gender pay gaps by ethnicity and disability.

The day that gravity forgot about the Shoplo team.

#EqualPayDay is far from a day to celebrate.It's a time to draw attention to a problem that should have been solved in 1963 when President Kennedy announced the Equal Pay Act.As a team, Shoplo is committed to equal pay for everyone, regardless of gender, sex, race, culture or religion.If you're interested in working with Shoplo, take a quick look at our careers page.

The rich text element allows you to create and format headings, paragraphs, blockquotes, images, and video all in one place instead of having to add and format them individually. Just double-click and easily create content.

How to customize formatting for each rich text

Headings, paragraphs, blockquotes, figures, images, and figure captions can all be styled after a class is added to the rich text element using the "When inside of" nested selector system.

Despite the fact that relying on gender stereotypes won’t get your business anywhere, we see many differences in the way each gender does their shopping.

GDPR and Ecommerce - Tips + Examples To Help You Prepare

GDPR is set to come into play May 25th. Whether you're based in the EU or not, it will affect how you manage your brand. In this article, we discuss what exactly will change under GDPR and how you can become GDPR compliant. We also take a look at how you can use GDPR to build trust amongst your audience.

We are now a part of the SumUp family

Today we are very excited to announce that we are joining forces with SumUp and have entered into a definitive agreement to be acquired. SumUp is an

10 Of The Best WooCommerce Plugins For WordPress

The 10 Most Important Ecommerce Trends in 2018

Ecommerce trends come and go just like every other kind of fashion. One year, its PPC advertising that'll change the industry, the next year it's A.I. In this article, you'll see a wide range of things that actually will shake up the industry a little. You'll also see how you can use and implement them in your store.